Congratulations to our winners of the Half Term Project, enjoy your £10 Amazon voucher

Zainab Ali for her photography task 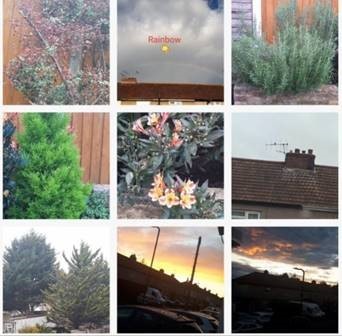 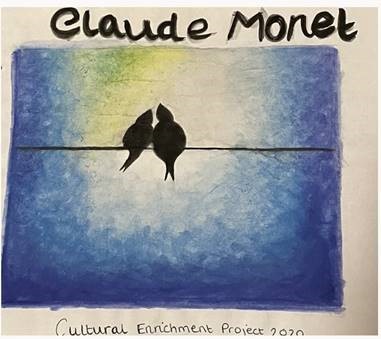 Wania Malik for her Journalism task 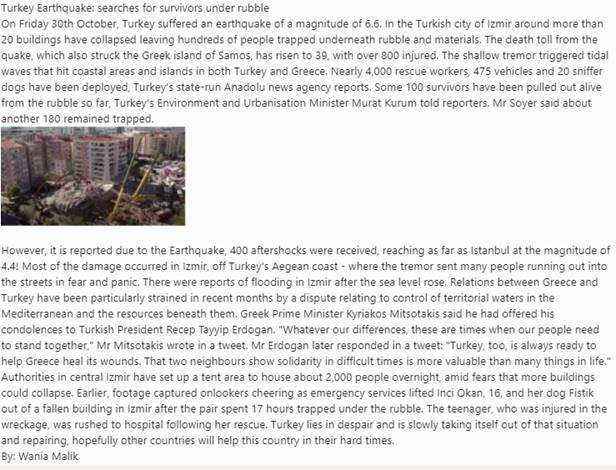 Amrah Mohammed Janoofar  for her poem

“This poem was inspired by my idol ‘Prince Ea’ who is a worldwide known spoken word artist, ranging from worldwide problems to every day matters.

I have always been entranced by his writing style that portrays his views and facts.

In particular his poem ‘I just sued the school’ is my favourite and spurred me to write a poem based on issues in the real world which aren’t focused on, or are brushed past.”

Superpower
Everyone walks past...
Not even bothering to spare a glance,
Let alone give us at least one chance.
Invisible is what we are to their eyes,
They presume we are just a big lie.
To them we are just a rotten plague to the human race,
When they see us they begin to quicken their pace.
They look at us with distaste on their faces,
Hoping that one day we will erase,
They assume we chose this path.
But how can they assume when they haven’t lived a day like us?
Not all of us had a choice
But to even say that, none of us have a voice...

They walk past us in fear that we will leach of them,
But they don’t know that the smallest of things, to us can equal priceless gems.
They hide their children from us when walking by,
Even when the children wave at us and say ‘Hi’
They don’t want us to show them how corrupt the world really is,
Instead they want to feed lies to their children, showing them the world is full of bliss.
People like us are just a nuisance in their perfect world.

They say only time can cause change,
But how many days or years is it going to take for our deaths to stop appearing on the front page?
How many lives will be taken before they start to notice us?
When will people begin to lend help instead of making a huge fuss?

Many of us have accepted this life in utter defeat,
But I, have found a way to endure this like a blazing heat.
To continue breathing while being poor and homeless is a great power,
To continue to beg for the basic necessities then to give up and cower.
So easy it is to stop the pain and hunger,
But the fact that we continue to peruse and live longer...
In my opinion, is the biggest superpower.

*
Cookie Notice: We use cookies on this site to improve your user experience.
Accept Find out more